Getting better when inspiration doesn't strike

May 25, 2020
It's nice to see that I've gotten better with composition for just random photos when I didn't have an idea in mind. Earlier, when I couldn't think of an idea, I just took a close up of the book I was reading. I didn't do any editing of it and just posted it to a folder in Google Drive.

It's blurry, and the writing isn't centered, and the colors, while realistic, aren't eye catching. You don't even know it's a book. It could be a sign or a poster. There's no context.

I did some editing of the photo just now, but it didn't help the blurriness.

The colors are better, and cropping the right side made the writing centered. I sharpened the photo, but it didn't help a ton. It's still better than the original.

Here's another 'off the cuff' photo of a side salad I made. 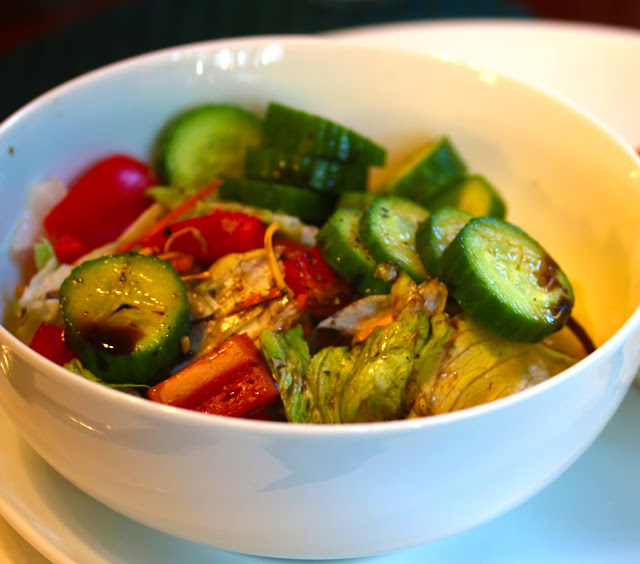 It's still a bit blurry, but that's due to picking the wrong aperture and being hungry and wanting to eat. At least the composition is better, coloring is better and the salad has a little context what with being in a bowl on a plate instead of just focusing on the salad itself. I've gotten better with photography even when I don't have a great idea of what to photograph.

Note to self: Don't try to take photos of food when hungry.