The Castle of Llyr

August 06, 2020
I'm about 70 pages from the end, and while it's not quite as good as the first two books, I'm still enjoying it. The two issues that make the book not as fun are poor communication between characters (but they are teenagers) and one of the new characters has no common sense, wandering off from the group in unfamiliar settings, making unnecessary errors, so we'll see if he gets better by the end.
Right now our heroes are trapped in a cave, deciding how to get out without sacrificing one of them. In my selfish way, I want the guy who has caused all the problems to draw the short straw and stay in the cave while the others escape. After all, they can tell others of his bravery since the rest of the people know him as some clumsy idiot.
I suspect they'll figure out how to save the entire group and head back to their main mission of saving the princess. I'll find out in about an hour! 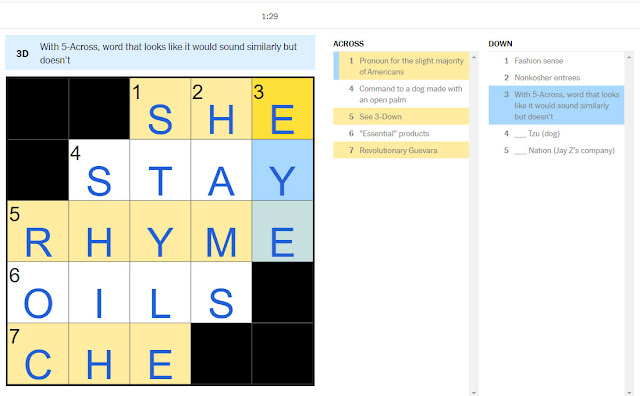 Also, I'm confused as to how EYE and RHYME don't sound similar, per the clue, because to me, they, well.. rhyme.