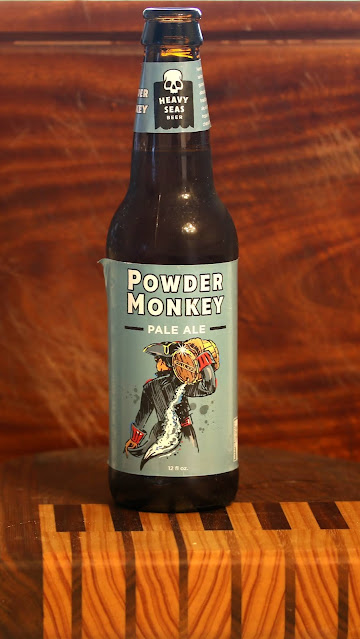 Heavy Seas Pale Ale, Powder Monkey, is another Beer of the Month beer, and an excellent one at that. Granted, the reason why I liked it was due to the fact that it was an inoffensive Pale Ale, as so many can be piney or hoppy or bitter, which I do not like. This was drinkable and tasty. Nearly drank them all before I remembered to take a picture and give a review! People who prefer this style of beer might think it is took weak or not bitter enough. I would rate it a 6/10. Happily would drink one if I found myself at their brewery, would gladly accept one from a friend at a party, but not enough to go seek it out. And that last bit is just because the style of beers I like, not against the beer itself.