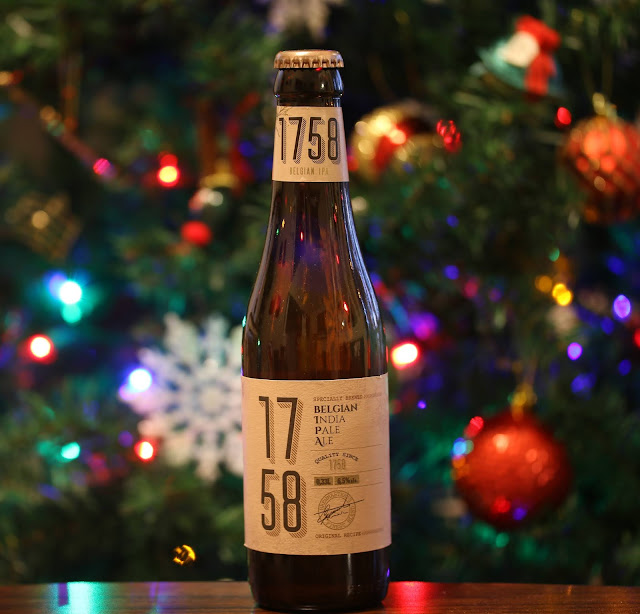 I did wonder if the Belgian-ness of this beer would save it from its India Pale Ale-ness, a flavor/style that I do not like.

I'd say it was the best IPA I've tasted, more citrus forward, but still held a fair amount of pine flavor and bitterness that is found in IPAs. I would drink it if I were told to drink an IPA, else suffer harm. I wouldn't drink it in any other situation, though. I probably could have powered through, but I didn't really want to. The beer did not "spark joy", so after five swallows, the rest of the beer was drank by the sink. I'd rate it a 3/10, but if I were to rate it in my IPA scale, it'd be like a 8/10, as most IPAs make me grimace at a sip, and this didn't!

October 31, 2021
Blue Cross Blue Shield of NC gave many of its members gift cards due to a settlement , and OTC gift cards were sent to policy holders, in amounts between $100 and $500. I got a gift card for $200. However, it isn't like a Visa or Mastercard gift card. That would be too easy. For this gift card, you have to go to certain stores, and only buy certain items. After trying to figure out the items I could buy by browsing the OTCNetwork website to only see the manufacturer's abbreviations for most items, and a terrible search/browse tool, I decided to head to Walmart. It was one of the stores on the list, and with the OTC Network app on my phone I started scanning items I would want to buy. Trip number one: Box of Q Tips 4 pack of deodorant 2 bottles of shampoo 2 boxes of toothpaste Sunblock Box of bandaids 2 packs of razors Pillowtop insoles for my worn down slippers Bottle of scar remover Brookview Acai Pomegranate Chocolates Funny, that only the smaller size of the chocolates were
Read more