Price pacts are about adding an uncomfortable financial wager to motivate the kind of behavior desired. Eyal discussed a smoking cessation group with a goal of 6 months' of no smoking. They were given different motivations.

Group 1 was the control group, who were offered free nicotine patches and educational resources.

Group 2 was offered $800 if they stopped smoking.

Group 3 had to make a precommitment of $150 with a pledge to stop smoking for 6 months, but if they hit their goal, they are rewarded with $650 along with the $150 back.

The percentages of success?

Several years ago, I entered in a few price pacts for weight loss, called DietBet. It was successful, and plenty of people lost weight, but not everyone. I would put in $30 and would routinely get back $40 - $50 for the month due to the people who had paid in but not hit their goal. I managed to lose 15 pounds or so, but as I got closer to my goal weight, it was more difficult to lose and I just got bored with the process, so I got rid of the last 10 pounds by doing both running and Tae Kwon Do.

Wake County is going to stay-at-home orders on Friday, March 27th. The US now leads the world in number of cases, and the world has more than half a million cases. 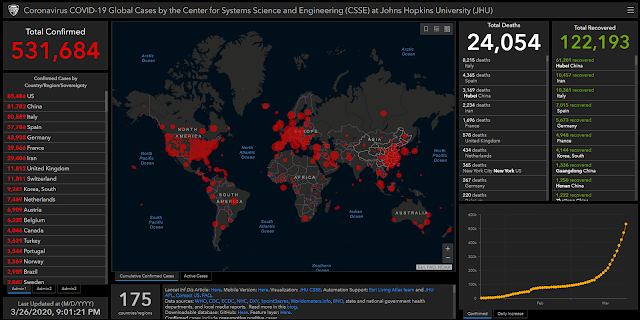